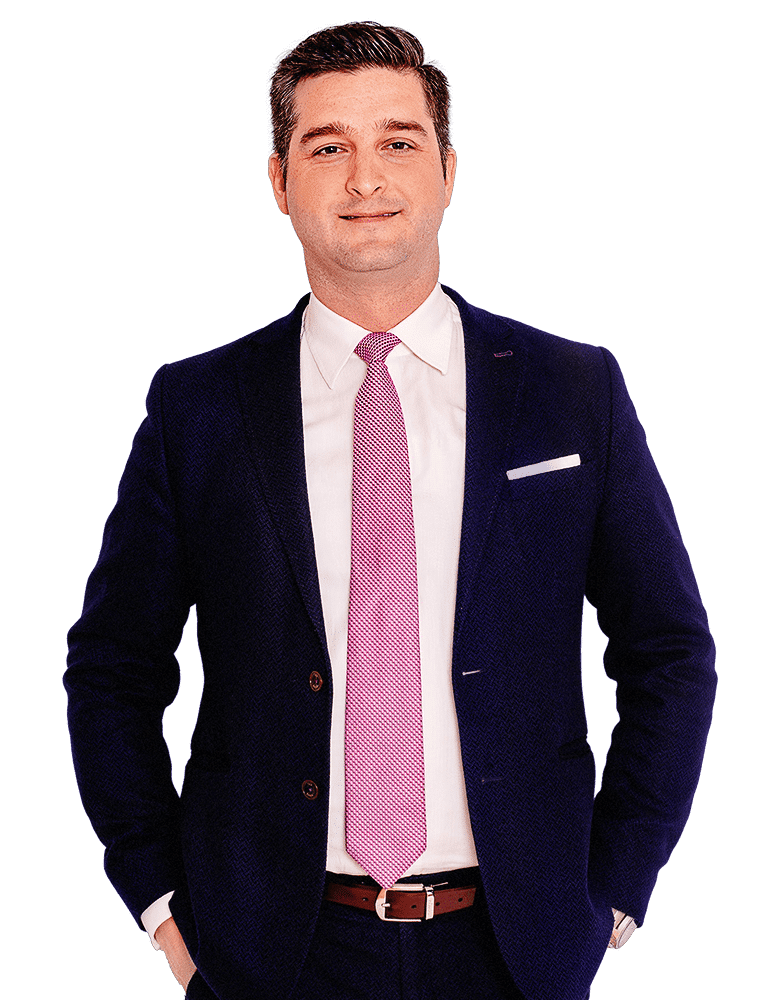 If you have trouble saying his name, you’re probably not the first. If you have worked with him before knowing him, you have likely referred to him as Bronco, Bronko, Bruno, Rocco, Brando, Brandy, Brandon, Brendan, Broscoe, Branks, Bob and most famously, Bramko K. Jurpis.

Branko’s expertise is multifaceted with a practice focused on insurance law and litigation, personal injury litigation, wills and estates, estate administration and litigation, and general litigation. He joined Sullivan Festeryga in 2012 as an Associate after completing his articles with the firm and was promoted to the partnership in 2020.

Branko strives to find optimal solutions for his clients; that is, the most cost-effective way to achieve a fair result. Sometimes an optimal result requires a motion, trial or appeal, which are all areas Branko is experienced in. He prides himself on being able to arrive at simple, creative solutions to complicated legal problems through his ability to communicate complex legal concepts to his clients in ways that are easy to understand. He believes that one of the most important obligations for a lawyer is to ensure the client understands their options and risks at various stages of litigation so that they can make informed decisions.

Branko completed his undergraduate degree in History and Political Science at McMaster University. He later obtained his Master of Arts in Public Policy from McMaster followed by his law degree at the University of Windsor in 2011.

Branko continues to be the proud coach of the St. Thomas More Legal Knights Mock Trial Team of the Ontario Justice Education Network. Along with his colleague Matthew Johnstone and teacher Ms. Andrea Leone, they have coached the Legal Knights to three runner up positions and four championships since 2011.

Branko is also the Treasurer of the Croatian Sports and Community Centre of Hamilton; a not-for-profit organization established in 1957 to promote sports and other forms of Croatian Culture. In 2019, the Centre hosted Prime Minster Justin Trudeau and the President of Croatia, Kolinda Grabar-Kitarovic.

Not surprisingly, Branko is fluent in Croatian and services the Croatian community.

In his spare time, he can be found playing the greens at his local golf course, on the winning side of a fierce ping pong match, or reminiscing of days gone by through his hockey card collection.